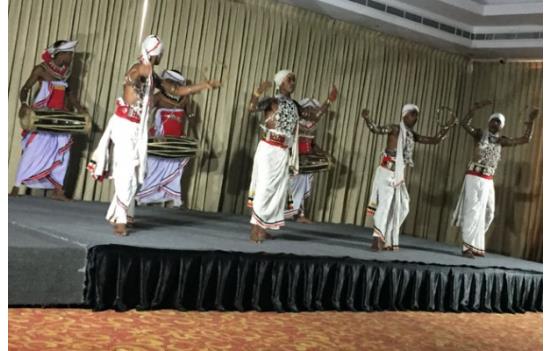 Each year, students of RSJMS are taken on an international trip to understand and experience the diversity that exists among mankind. In March this year, 36 students travelled to the island country of Sri Lanka. Accompanied by the Headmistress and 2 teachers, the students embarked on this thrilling journey on Wednesday, 28th March, 2018.

28th March, 2018
From the airport, drove straight to the Pinnawela Elephant Orphanage, a drive of about two and half hours. At the orphanage, witnessed the feeding of elephants and their river bathing. Thereafter proceeded to Sigiriya and stayed the night at Cinnamon Lodge Hotel

29th March, 2018
After breakfast, left the hotel to visit the Lions Rock Fortress, which is a UNESCO heritage site. After visiting the fortress, stopped for lunch and then went for Jeep safari to Minneriya National Park.

31st March, 2018
Drove to Colombo. On arrival, took the children for a shopping tour. Checked into the Kingsbury Hotel.

1st April, 2018
After breakfast, drove to Galle and visited the Galle Dutch Fort and its surroundings. This was the third UNESCO heritage site seen by the children. Left Galle and returned to Colombo. Took the children for a City Tour and then returned to the hotel.

2nd April, 2018
After breakfast, left for the airport to board the return flight to New Delhi.

Overall, the trip was extremely enriching, informative and funfilled.