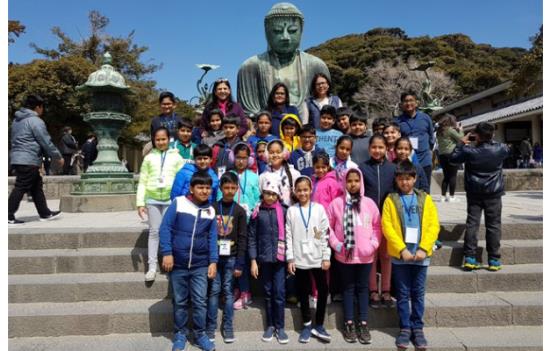 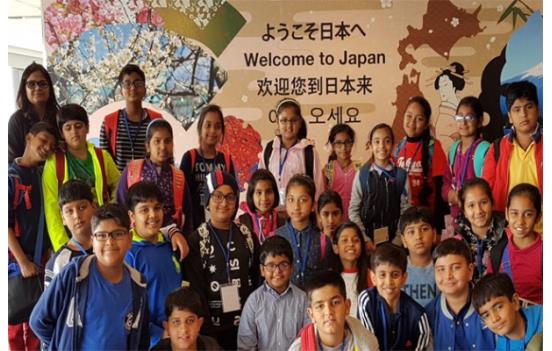 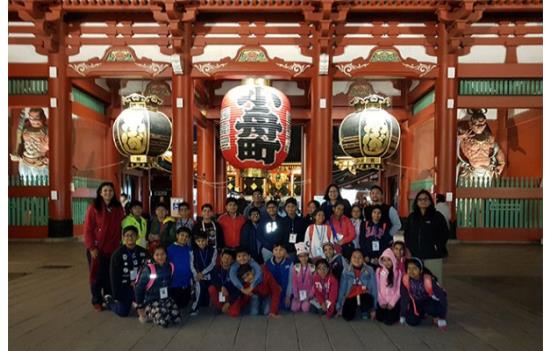 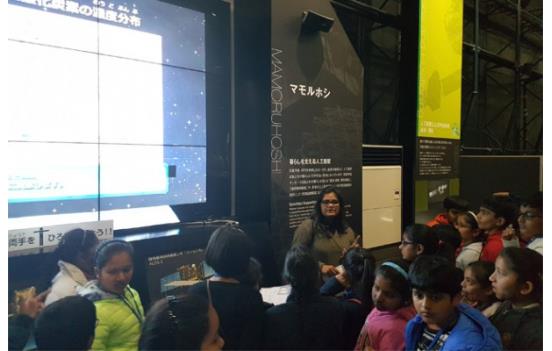 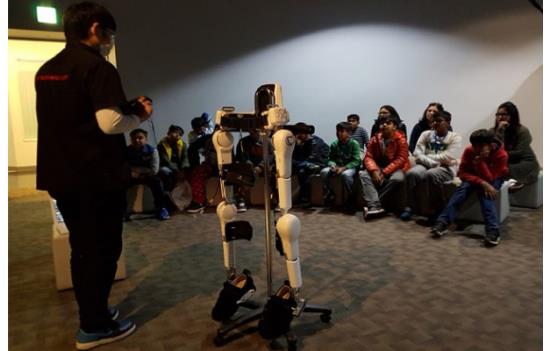 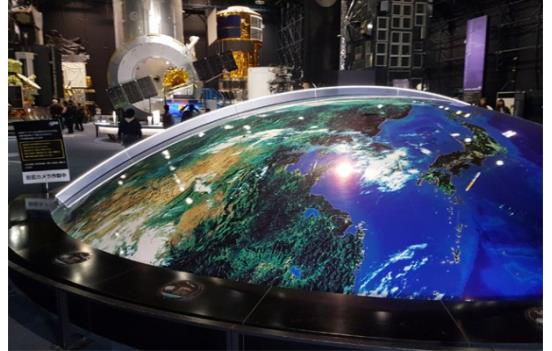 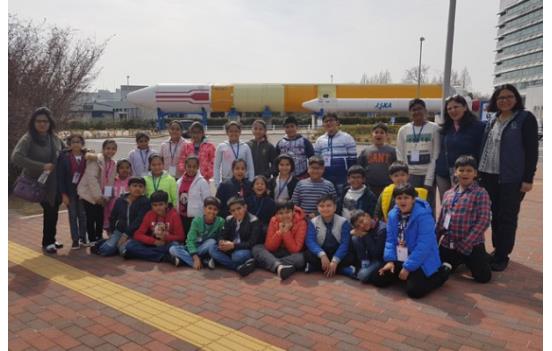 Each year, the students of RSJMS travel to different parts of the world to experience different cultures and gain understanding of the diversity that is there on earth and amidst mankind. This year the school organized a six day educational trip to Japan, ‘the land of the rising sun.’

On 23rd March, 29 students of classes 4 and 5, accompanied by the Headmistress and two teachers embarked on this thrilling journey. Tokyo, the capital of Japan, was the first destination. A man-made marvel, its cityscape offered breath-taking views of skyscrapers, bridges and towers – especially the iconic Tokyo Tower and the Tokyo Sky Tree which were visible from almost any part of Tokyo.

In and around Tokyo, the students were exposed to not only history, culture and religious practices of Japan but also latest technologies in medicine and space. The students first visited the Edo Tokyo Museum, which offered a wonderful opportunity to the students to get a glimpse of the city’s history. They then visited the Asakusa Shrine, one of the most famous Shinto shrines in Tokyo.

On day two, the students travelled to Kamakura, an ancient city 50 km from Tokyo. A unique city with its own culture, it was once the political center of the samurai class. Here the students visited the Kotoku Temple which houses the world famous bronze statue of Lord Buddha. The students also visited Hasa-Dera, one of the oldest and most prominent temples said to have been built in the 8th century.

The next day, the students visited Jaxa and Cyberdyne. In Jaxa – Japan Aerospace Exploration Agency, they got an opportunity to see the Japanese technological advancement in the field of satellites and space missions and in Cyberdyne, the children understood and got first-hand experience of how robotics, especially Cyberdyne’s Robotics Limbs, is used for exoskeletal human force amplification and rehabilitation of those suffering from muscular degeneration and paralysis.

On day 5, the children travelled to the next city Kyoto…and what better way to travel than on a bullet train! Needless to say, the children thoroughly enjoyed this unique experience.

Kyoto offered a different cityscape. A former imperial capital of Japan, the city beautifully blends ancient with modern. Here the students visited the famous Nijo Castle built in 1603. This castle consists of two concentric rings of fortifications, the Ninonaru Palace and various supporting buildings and gardens. The last place the children visited was the Todai-ji Temple in Nara Prefecture. This beautiful temple, located adjacent to Nara Park, houses the world’s largest Buddha statue made of copper and gold enshrined in the world’s largest wooden structure. Apart from all the places the children visited and saw along the way, what impressed them most was the courteous, respectful and disciplined lifestyle of the people there. The sincerity and humility with which the Japanese people interacted with the children, simply won their hearts. Spring was just setting in while the children were there and they were lucky enough to see some ‘cherry blossoms’ in full bloom! So, with wonderful experiences and learnings, the little globetrotters returned home on 28th March 2017.