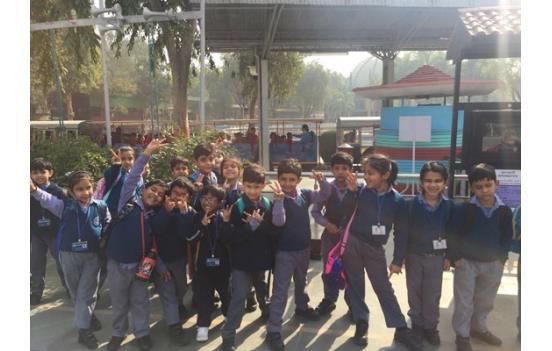 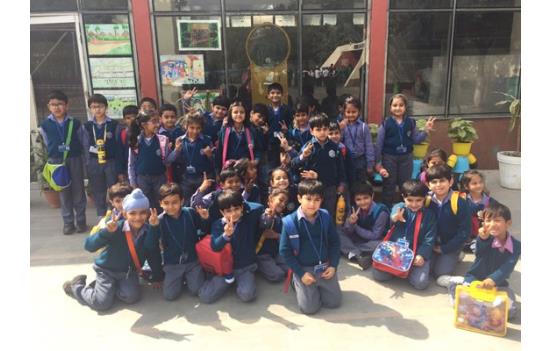 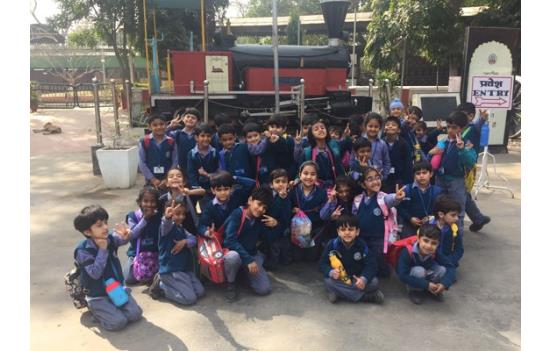 The children of class P1 were taken on a day excursion to the National Rail Museum on 22nd & 23rd February 2018. The children were excited and amazed to see the various coaches, tracks and railway compartments. They saw the 1:8 scale train, diesel simulator, steam simulator, coach simulator besides the Morris Fire Engine, Saloons of Prince of Wales, Maharaja of Indore and Mysore. They were also told about the rich history of the Indian Railways. A ride on the toy train was the highlight of the morning which they truly enjoyed.