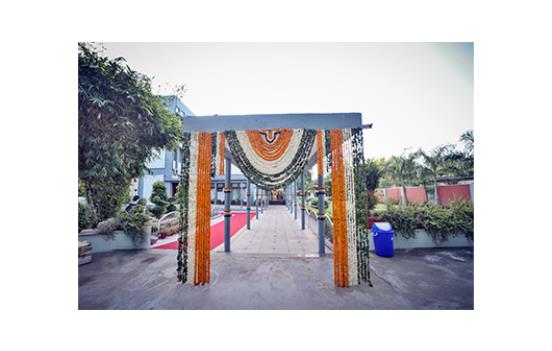 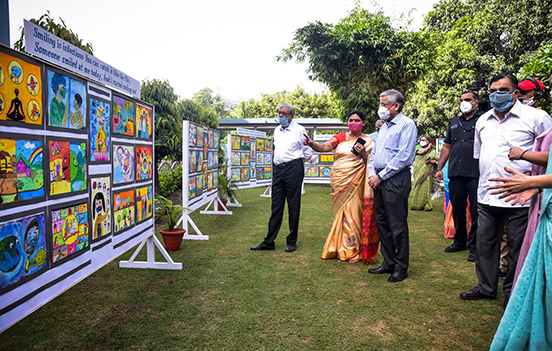 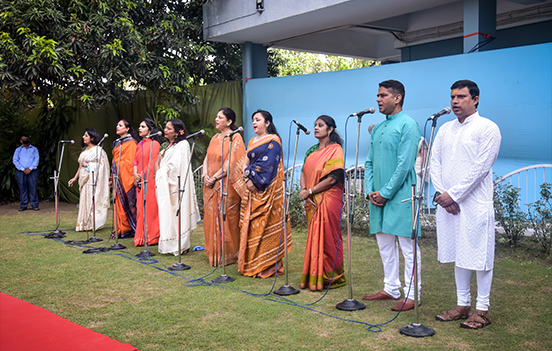 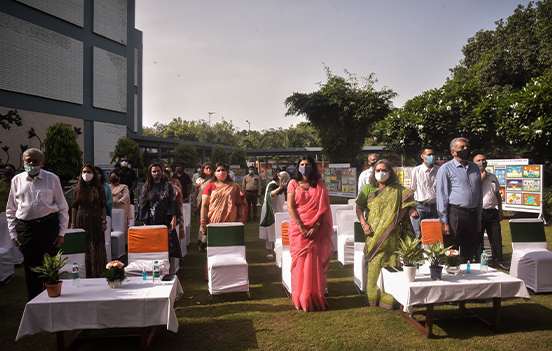 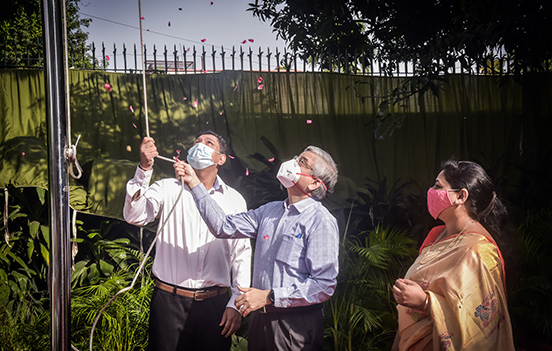 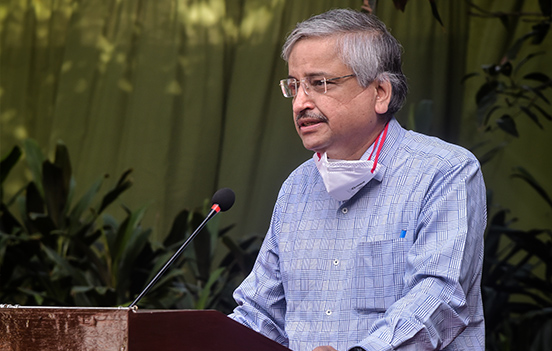 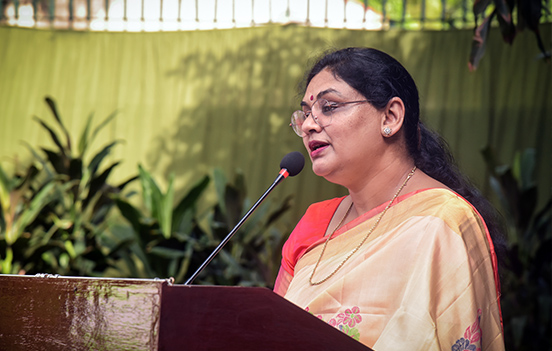 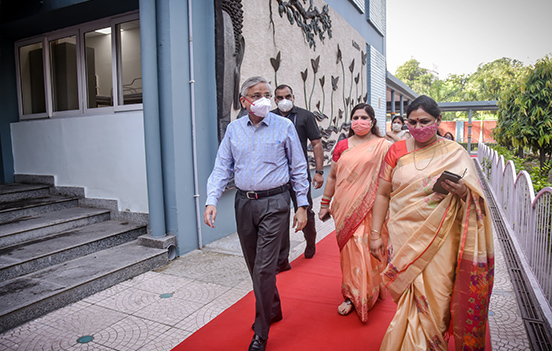 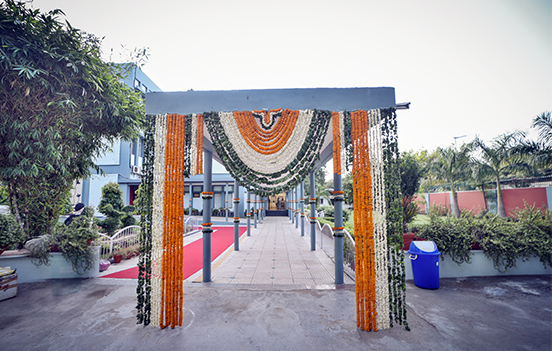 To commemorate the 75th Independence Day, the RSJMS fraternity contributed to the fervour of patriotism by organizing a live virtual celebration. The program began with Ms. Nalini Singh Rajput, Headmistress RSJMS welcoming the chief guest of the day, Dr. Randeep Guleria, Director AIIMS and other distinguished guests. In her message Ms. Rajput spoke about how the nation has lived up to its reputation of bravery, benevolence and valour during these rare times.
Dr. Randeep Guleria was invited to address the gathering where he shared his thoughts with the audience. In his address, Dr. Guleria also underscored the role played by those involved in the education system in Indiaâ€™s growth. The National Flag was hoisted by the chief guest which was followed by singing of the National Anthem and a patriotic song sung in different languages by some of the teachers of RSJMS.
The second part of the celebration was the virtual program â€˜Kuchh Baat Hai Ki Hasti Mitati Nahi Hamaariâ€™ by the students, which included dancing and singing of patriotic songs. The program was recorded under the guidance of the teachers, in the safety of their homes. The synchronized display by students despite being in different homes was noteworthy.