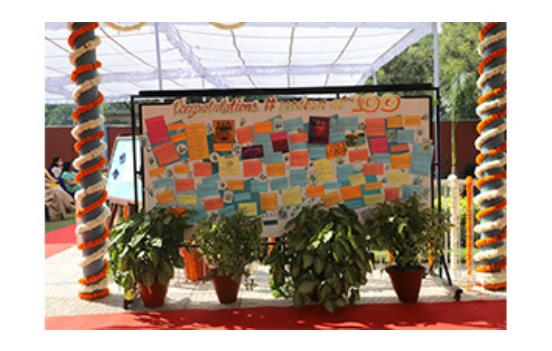 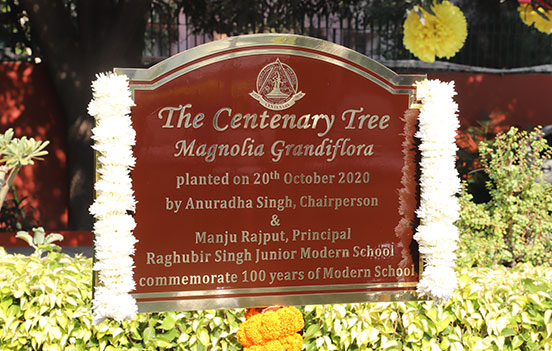 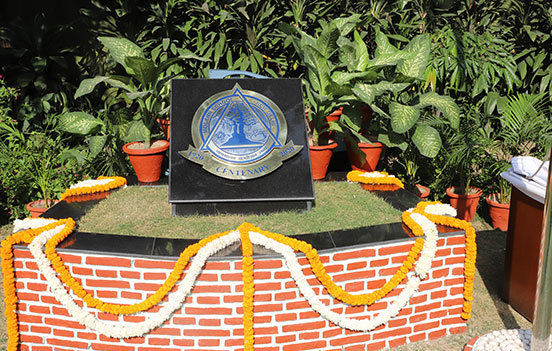 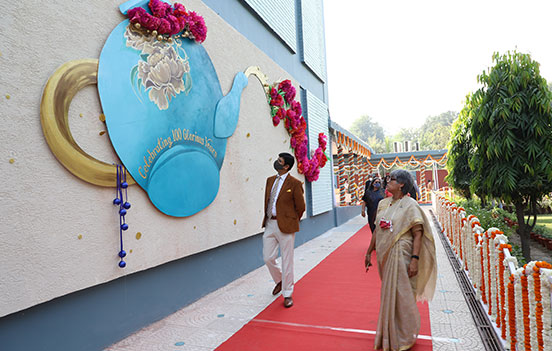 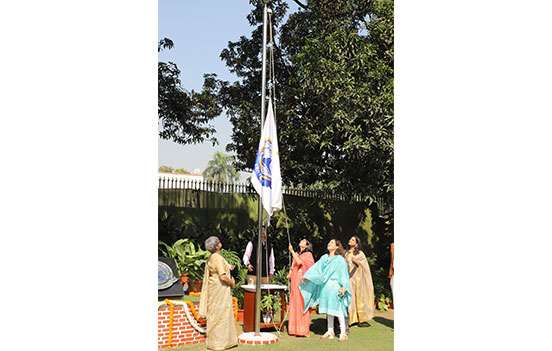 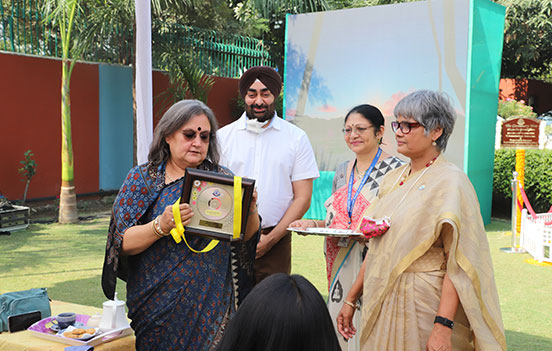 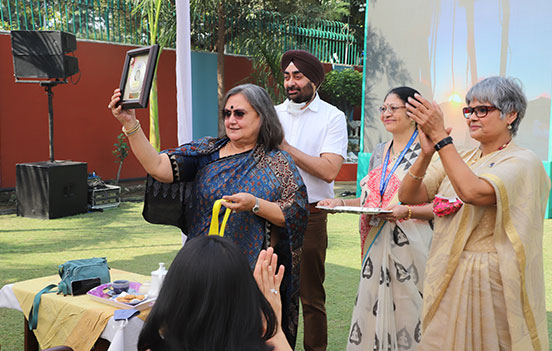 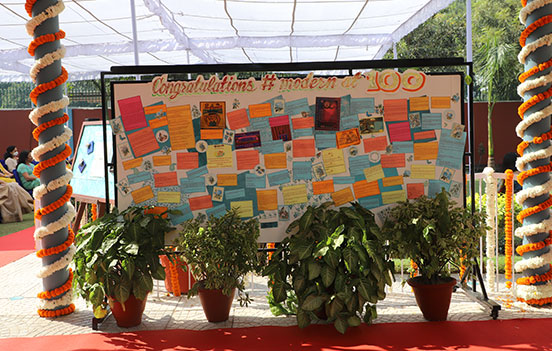 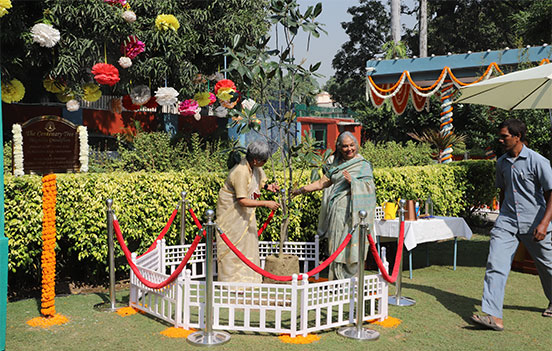 Modern School turned 100 on 20th October 2020. It is indeed a grand feat and a momentous occasion as the Modern School fraternity celebrates one hundred years of their glorious past, one hundred years of striving and accomplishments. These hundred years are being celebrated and immortalized.
Ignited by the vision of the founder father, Lala Raghubir Singh, and spurred by the collective and untiring efforts of all who followed, Modern School has indeed come a long way. From one school with six students, it has grown into five flourishing institutions. Today, it is one of the finest educational institutions in the country. The momentous morning saw the planting of The Centenary Tree in all the schools.
Celebrations to commemorate the glorious golden hundred years were held in the school premises on 20 October 2020. Given the circumstances created due to the worldwide pandemic, the ceremony was conducted in the presence of only a few members of the school fraternity. However, the proceedings were streamed live for the entire staff and student community of the school.
In her welcome address, the Principal Ms Manju Rajput said, “The institution has made significant and valuable imprints in the sands of time not only in the history of the city and the country but also globally”. She highlighted that in 1920s, amidst political turmoil, uprisings, revolutions and mass movements taking place in India, which was struggling to come out of the British Raj, a young 25 year old Lala Raghubir Singh- a visionary with integrity of intentions, nobility of thought and indomitable spirit, dared to dream to offer quality education. He envisioned of creating leaders for a nation yet to be born, by providing a right blend of western progressive thought and Indian culture, having immense scope for development of physical, mental and intellectual faculties.
The Centenary Flag was hoisted by Ms Ambika Pant, Hony Secretary, Board of Trustees. Written and composed by Ms Manju Rajput, the Centenary Song - which mirrors the fervour to foray into the new era and mark the event in time, was released by Ms Mira Pradeep Singh, Hony. Treasurer, Board of Trustees.
The Principal stressed that every adversity contains within it seeds of opportunity and growth and with the same thoughts and intentions, the Centenary Tree- Magnolia Grandiflora would be planted on the occasion. Some years hence, swirling and tossing its branches in gay abandon, the tree would impart the message to future generations to bend but not break, to be flexible but firmly rooted, to be still in the times of storm, to stand tall and proud, to commit to continuous growth, to discover the strengths that lie within.
Amidst chanting of shlokas, the tree was planted by the Chairperson Ms Anuradha Singh and the Principal, Ms Manju Rajput, symbolizing longevity and independent thinking - two important hallmarks of Modern School. Addressing the august gathering, the Chairperson highlighted the glorious history of the school and expressed how all illustrious principals in the past have contributed towards upholding the legacy for such a commendable period of time and appreciated the efforts of the teachers for being instrumental in carrying forward an elite legacy.