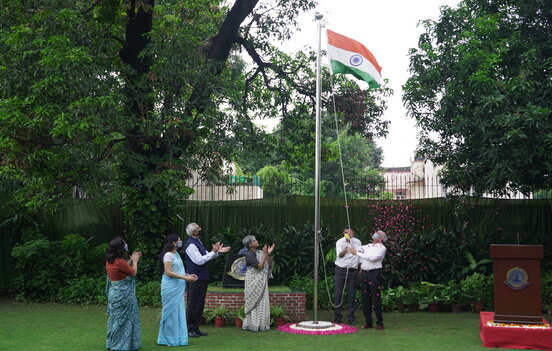 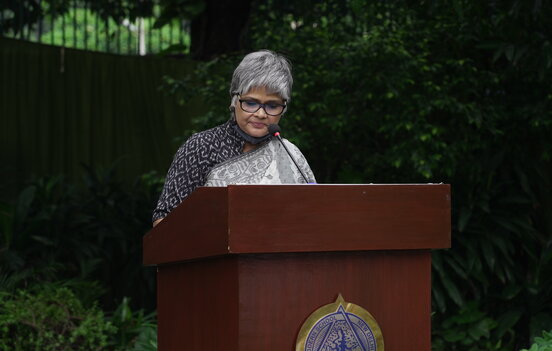 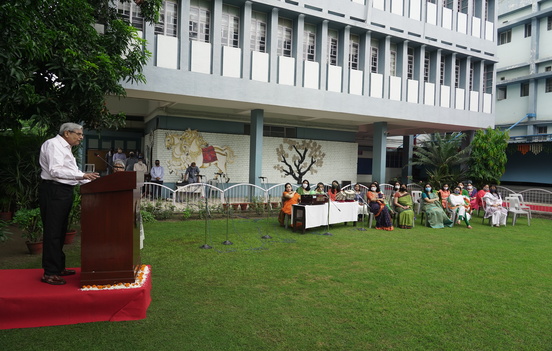 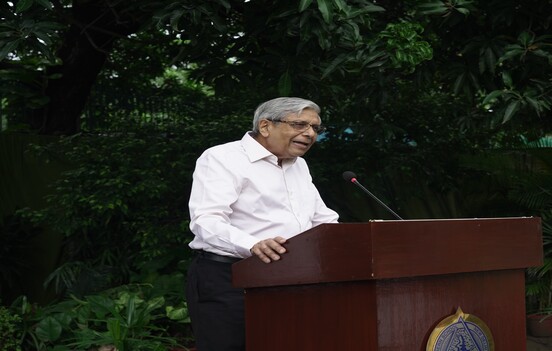 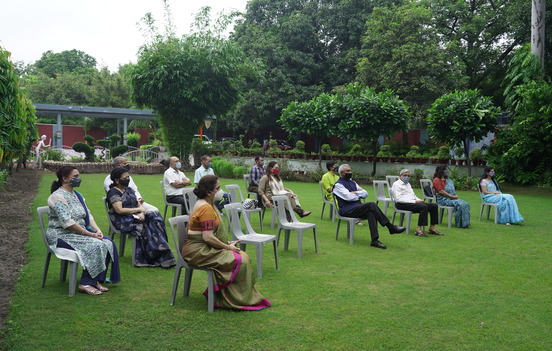 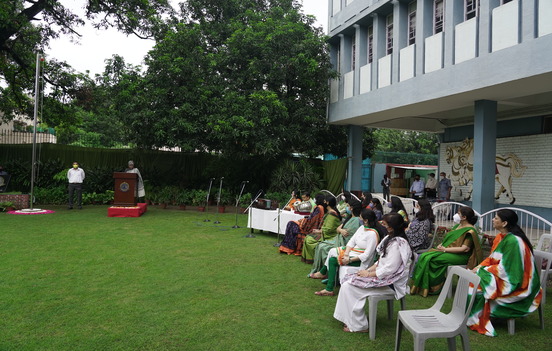 Celebrations to mark the 74th Independence Day of India were held in the school premises on 14th August 2020. Given the circumstances created due to the worldwide pandemic, the ceremony was conducted in the presence of only a few members of the school fraternity. However, the proceedings were streamed live for the entire staff and student community of the school.
The Principal, Ms. Manju Rajput, welcomed Sh. Ashok Pratap Singh, Senior Trustee and former President, Board of Trustees, Modern Schools, Ms. Ambika Pant, Honorary Secretary, Board of Trustees, Col Vijay Chadda, Chairman, Modern School, Barakhamba Road, and other guests. As a befitting tribute to all those who had contributed in the freedom struggle, she urged the students to pledge to uphold the glory of the nation. She exhorted them to adopt such values in life which would bring pride to the nation and the entire humanity, to have complete faith in values, be focussed towards their goals, be free from all inhibitions, and also be mentally and physically strong. She commended their efforts in adapting to online classes and also appreciated the sincerity with which teachers were carrying out online teaching-learning sessions.
In his inspiring address, Sh. Ashok Pratap Singh, President, Board of Trustees, Modern Schools, highlighted the contribution of luminaries in their respective fields and encouraged students to tread with dedication and perseverance in their chosen paths. Shri Ashok Pratap Singh hoisted the National Flag, after which the melodious rendition of the song â€˜Saare Jahan se Achaaâ€™ by teachers and all present filled the air with patriotic fervour and national pride.